Being one of the more inept tentacles of the deep state, CNN was apparently caught staging Fake News in the aftermath of the ISIS claimed London attacks which claimed 7 lives and injured 48.

While ISIS supporters are celebrating the attacks, MSM propagandists have been hard at work pushing the “religion of peace” narrative – trotting out hijabbed women and a child to hold signs expressing Muslim outrage at the terrorist attacks.

WATCH. @CNN scripting a narrative. Right before your eyes.

This doesn’t appear to have been an ‘organic’ protest against terrorism, instead, it looks very much like CNN staged their outrage.

London’s Borough neighborhood offers safety and a place to sleep for hundreds amid the chaos of terror attack. http://apne.ws/2rGLIKc

Attack brings out the best in London’s Borough neighborhood

LONDON (AP) — When Sue Brinklow dashed into The Lord Clyde pub during Saturday night’s attack on London Bridge, she was among hundreds of people who found safety and a place to sl 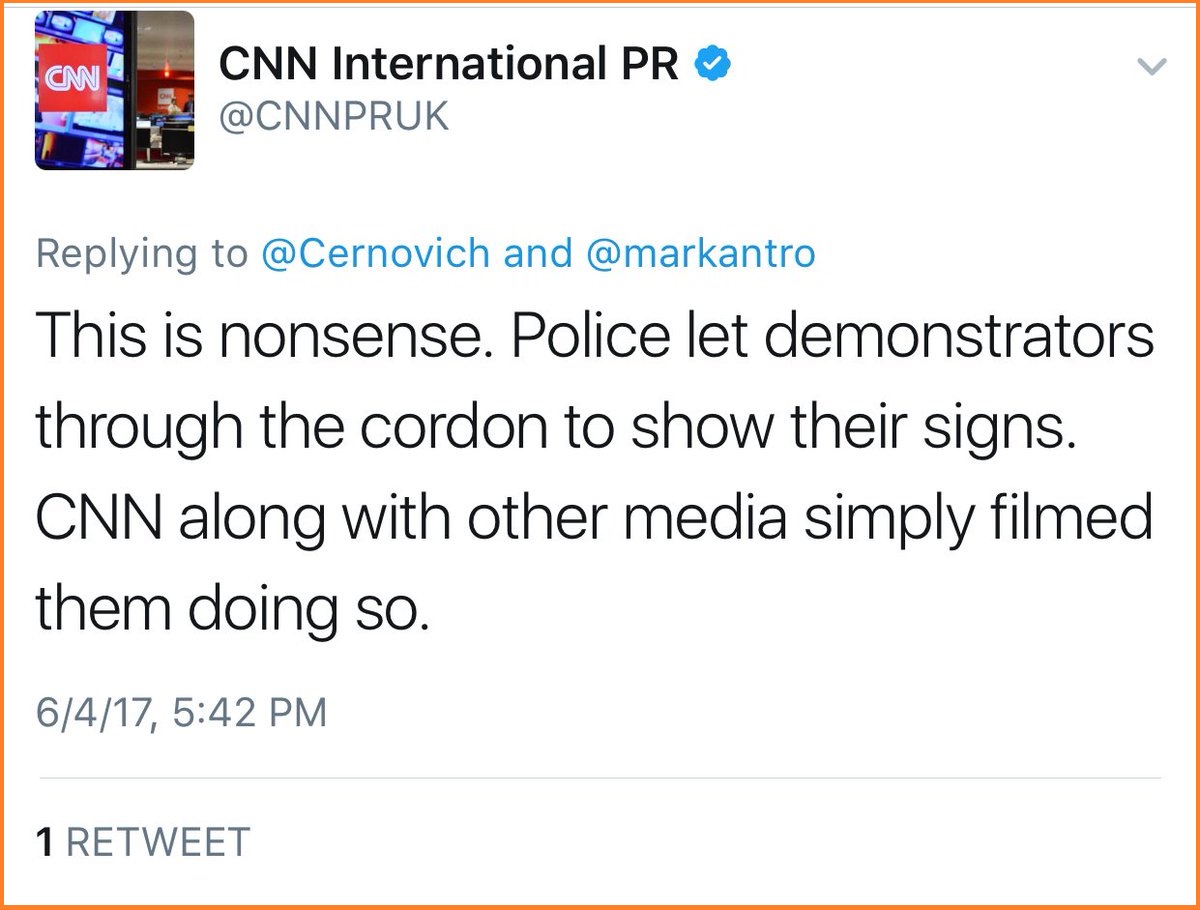