It appears that no matter what outgoing US president Barack Obama does, he can’t get anything right. In the US, it is mostly the right that detests the president, who threw his entire weight behind Hillary Clinton’s failed campaign (a sentiment shared by many Bernie Sanders supporters who feel that the presidency was complicit in Hillary Clinton’s theft of the primary from their preferred candidate).

Meanwhile, in Greece – the first stop of Obama’s farewell global tour – it is the left that appears to be disgusted with Obama. As the following videos and photos show, leftist demonstrators took to the streets to protest against US President Barack Obama’s visit to Athens, clashing with police, who used tear gas to disperse the crowd as people tried to break through cordons.

According to Reuters, the clashes broke out just a few kilometers from the presidential mansion where Greek leaders were hosting a state banquet for visiting U.S. President Barack Obama. About 7,000 people, among them many hooded protesters and members of the Communist-affiliated group PAME, marched through the streets of central Athens holding banners reading “Unwanted!”

Protesters are rallying against US policy that is “creating tensions” with various countries around the world, starting with China and Russia, as well as against the US attempts to “overthrow the government in Ukraine,” Greek journalist Aris Chatzistefanou told RT. Apart from that, protesters are blaming the US for supporting“Islamic extremists”which led to“well-known consequences.” 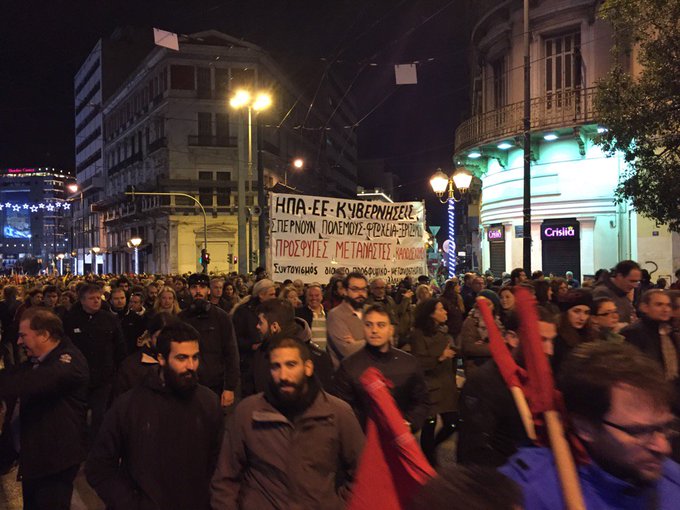 “While the Greek government is trying to present the visit of Obama as a visit of a peacemaker, thousands of demonstrators came onto the streets to protest US policy in [such] parts of the world from Latin America to Middle East, Afghanistan and Syria,” Chatzistefanou said.

“The government was trying to present to the Greek public that Barack Obama will come and help with the austerity policy that was imposed by the Troika,” Chatzistefanou said, also adding that there is “no direct connection” between Obama’s promises and what the IMF is planning to do.

The police clashed with the protesters after they tried to break through cordon lines to reach the parliament building and the U.S. embassy. In traditional Greek fashion, some demonstrators threw two petrol bombs at police before dispersing into nearby streets close to Athens’s main Syntagma Square.

“We don’t need protectors!” one of the banners carried by the demonstrators read. Some could be heard exclaiming: “Yankees go home!”

All public gatherings were banned in the central part of Athens due to Obama’s two-day visit, however that did not prevent protesters from appearing. Riot police parked buses along Obama’s route and erected cordons.

No injuries or arrests have been reported so far, according to AP.

More than 5,000 police officers were deployed in central Athens to maintain order.

In a separate protest in the northern city of Thessaloniki, more than 1000 people took place in a similar protest, where one of the participants was caught burning a U.S. flag. 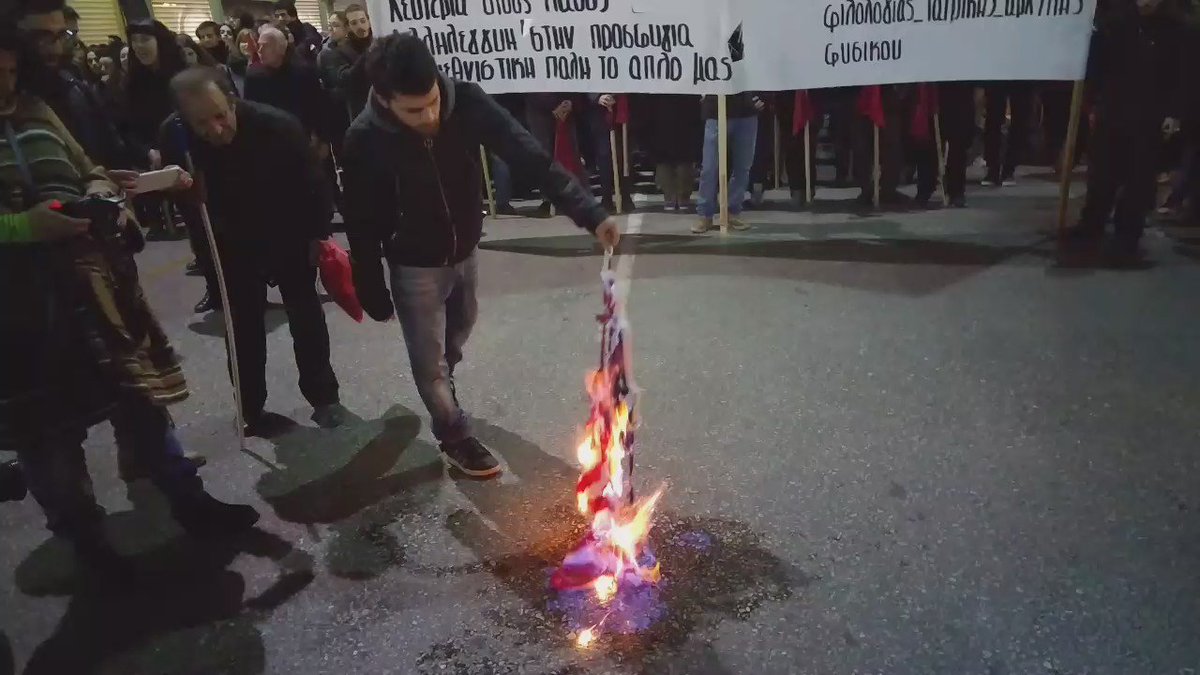 Authorities had to step up security measures “as the circumstances require,” with a number of protests planned, a police source told AFP earlier today.

Obama left Washington on Monday, embarking on his last trip across Europe before President-elect Donald Trump assumes his post in January 2017.

He is to spend one more day in Greece to continue the discussion of Greece’s economic situation and Europe’s migration crisis. He will then leave for Germany on Wednesday, intending to soothe concerns over Trump’s upcoming presidency

This was the first time that Obama has visited Greece during his eight years in office. Last time Greece was visited by a US president when Bill Clinton held the office in 1999. His visit also saw extensive street fighting between anarchists and riot police.

The visit comes only two days before the anniversary of a bloody 1973 student revolt that helped topple the 1967-1974 military junta which was backed by the U.S. government.