How will this week end in Philadelphia for Pope Francis? 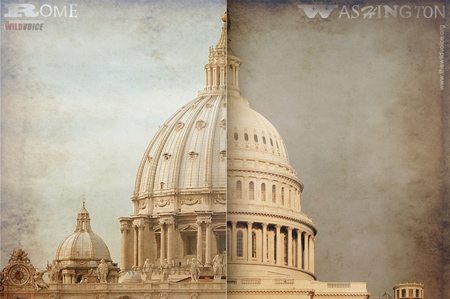 This is a pope some have called the first “Black Pope,” because he is the only Jesuit to be named pope. He will go down in history for meeting the USA’s first black president, Barack Obama, #44.

In general, the use of the term “Black Pope” is often experienced as a derogatory nickname given to the Superior General, usually by the media and never utilized by the Jesuits themselves. Nevertheless, to ignore its use is to be blind to the “name game” being played.

Many authors have come forth framing the new Pope in terms of the fulfilling of the Malachy visions. (See one example, here.)

It is a time of contrasts.

The actress Susan Sarandon thinks Pope Francis will be assassinated while he’s in the USA.“I think they’re going to assassinate him,” Sarandon told The New York Daily News on September 20, 2015. “I think he’s done some major, major cleansing of the whole [Roman Catholic] system.”

These days have been predicted to be the “end times,” but that hardly seems to be in the cards. And will Pope Francis be killed on these American shores? Doubtful.

But frankly, I’ve been feeling that a memorable and surprising event will happen in Philadelphia, not Washington, D.C. nor New York City.

The name Philadelphia is from the name of a city in Asia Minor mentioned in Revelation in the New Testament. The name of the city meant “brotherly love” from Greek φιλεω (phileo) “to love” andαδελφος (adelphos) “brother”.

Is he really an Argentine? His last name Bergoglio is Italian. His dad emigrated from Piamonte, Italy.

After a period of initial confusion (or the wrong message being sent out to the media), the name Francis used for the new Pope was said to be tied to Saint Francis of Assisi.

Did St. Malachy indicate the future of the Papacy and the Roman Catholic Church?

Do the prophecies of Saint Malachy give us an insight? Saint Malachy was a 12th century visionary Irish monk, who during a trek to Rome, foresaw all the popes who would reign into the future, to the final one.

When his prophecies were published, 500 years after allegedly being found in the Vatican archives, they were debunked as being false. But intriguingly, the prophecies published in Benedictine historian Arnold Wion’s book Lignum Vitae in 1559, has been demonstrated to be very accurate. Indeed, Malachy’s list, today, from 1139, has been found to be remarkably correct.

Malachy, in verse, wrote down the future names of the Popes in epigrammatic code, which have been clearly linked to the names of the Popes chosen. Malachy’s series of visions are about 112 Popes from Celestine III, who was elected Pontiff in 1130, until the last Pope who is described in his list as Peter Romanus.

The last Pope? Yes, Malachy is said to have seen the end of the Papacy with the election of what would be the next Pope after his also predicted Benedict XVI (The Glory of the Olive).

According to the Malachy prophecies, the last Pope was to be named Petrus Romanus, Peter Romanus, Peter the Roman, or Peter of Roman. “Peter” or a variation on that name is derived from the meaning, “the Rock of the Church,” linking the last Pope to the first (non-Jesus Christ) leader of the Church. (Padre, of course, is another name for “father,” and is related to the name Peter.)

Peter Romanus, in the prophecies, is viewed as the last Pope.

The phrase “the seven hilled city” is a direct reference to Rome. “The Seven Hills of Rome (Italian:Sette colli di Roma) east of the river Tiber form the geographical heart of Rome, within the walls of the ancient city. The original city was held by tradition to have been founded by Romulus on the Palatine Hill.” Source.

The verse is seen as predicting everything from the end of the Papal structure to the end of the world. Will the celibacy of priests end under the next Pope?

In the persecution of the Holy Roman Church,
There will reign Peter the Roman,
Who will feed his flock among many tribulations
After which the seven hilled city will be destroyed
And the dreadful Judge will judge the people.

Is the Pope Francis Peter the Roman? 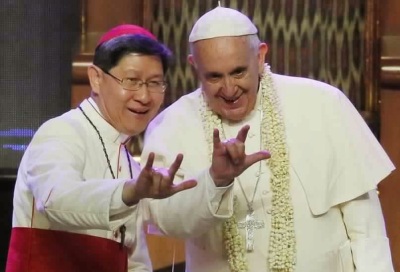 What will happen in Philadelphia?

Twilight name on the motorcade: As a CNN reporter pointed out, Pope Francis modestly uses a small car, not a limo or a SUV to get to where he wants to go. The vehicle he employs is a Fiat 500L.

The reporter felt it conveying a hidden message, this choice of his. She said that “Fiat” is what The Virgin Mary said to Gabriel, when she replied about whether she would be open to giving birth to the holy, the Son of God. She said “Fiat,” which means, “Let it be