The Walking Dead’s “Negan” is played by Jeffrey Dean Morgan.

The name Morgan is from the Old Welsh masculine name Morcant, which was possibly derived from Welsh mor “sea” and cant “circle.” It directly relates to the meaning “sea chief” or “sea defender,” and “dwells near the sea.”

TWD character whom “Negan” is apparently pursuing is named “Morgan!”

Jeffrey Dean Morgan is also presently playing the character of a freelance investigator Jason Crouse in the popular T.V show The Good Wife.

In 2005 and 2006, Jeffrey Dean Morgan simultaneously appeared in three television series: in the CW series Supernatural as John Winchester, in a recurring role on ABC’s Grey’s Anatomy as heart transplant patient Denny Duquette, and as Judah Botwin in two episodes of the Showtime seriesWeeds.

Morgan, in 2003, was on Star Trek: Enterprise, playing a Xindi-Reptilian, in the episode, “Carpenter Street.”

He was the star of the 1996–1997 television series The Burning Zone; his character, Dr. Edward Marcase, appeared in 10 out of 19 episodes that season.

Morgan portrayed “The Comedian,” a cigar-chomping antihero, in Watchmen, based on Alan Moore’s graphic novel.

Will Morgan observed on 3.28.2016, “I just found out that Batman’s mom (Lauren Cohan) in BvS is also from TWD. In fact either Negan will kill ‘Morgan’ or her (character called ‘Maggie’) husband.”

Who knew Negan would be one of director Peyton Reed’s ultimate Easter Eggs at the opening of Ant-Man?

Morgan at the Ant-Man World Premiere. 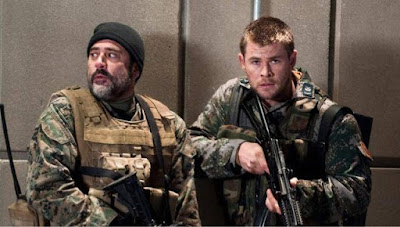 And finally, there is even a “red dawn” in the mix. In the 2012 film, Red Dawn, Morgan plays “Sergeant Major Andrew Tanner.” 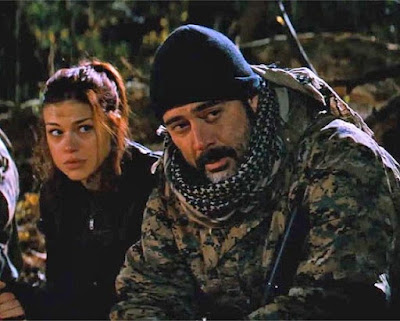 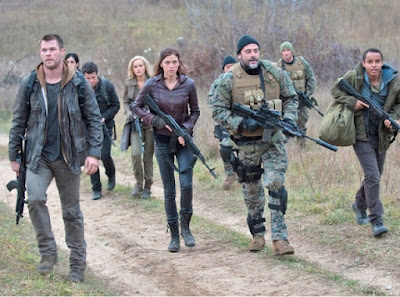