Shortly after Donald Trump made good on one of his core campaign promises on Monday morning by signing an executive order formally withdrawing the U.S. from the Trans-Pacific Partnership free-trade deal, Trump told labor union leaders that he would renegotiate the North American Free Trade Agreement “at the appropriate time.”

The remarks came at the start of a meeting at the White House with leaders of construction, carpenters, plumbers and sheet metal unions, during which Trump pledged to stop trade deals that harmed American workers. 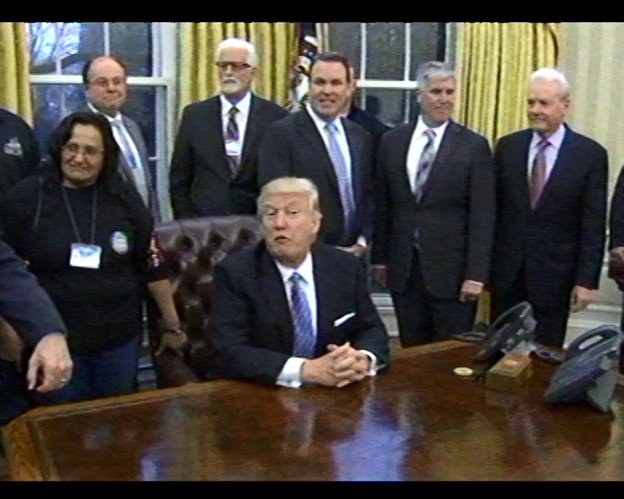 “This is a group that I know well,” Trump said referring to the union bosses, adding “we’re going to put a lot of people back to work” and “stop the ridiculous trade deals.”

When Trump said the administration “just officially terminated TPP,” it prompted applause from the labor chiefs (and this time it certainly wasn’t by paid members of the studio audience), who later described their meeting with Trump as “incredible.” 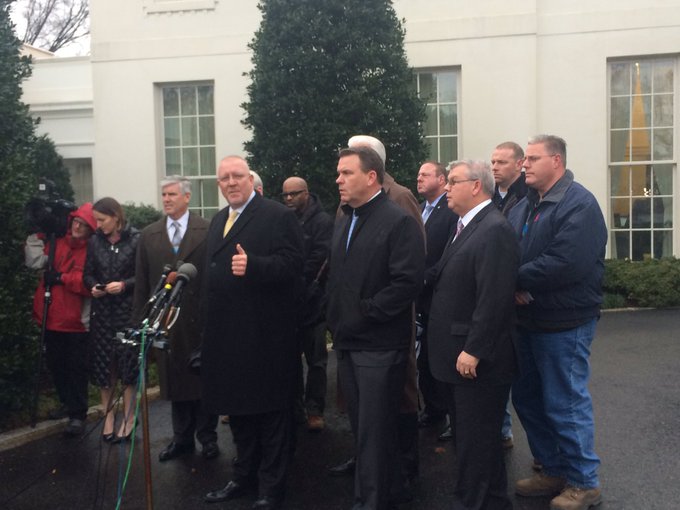 But even more notable, was the dramatic pivot by the US labor unions, historically stalwart democrat supporters, who have suddenly emerged as big supporters of Trump policies, and perhaps no one more so than AFL-CIO President Rich Trumka who said TPP withdrawal is “a good first step toward building trade policies that benefit workers.”

As a reminder, nearly all major unions endorsed Trump’s rival, Hillary Clinton, during the presidential election campaign: they now appear to be shifting their allegiance.

Below is the full statement issued by the Teamsters’ Jimmy Hoffa, who said “Withdrawal from TPP the Right Choice for U.S. Trade Policy”

The following is a statement from Teamsters General President James P. Hoffa on President Donald Trump signing an executive order to formally withdraw the United States from the Trans Pacific Partnership.

“Today, President Trump made good on his campaign promise to withdraw the United States from the Trans-Pacific Partnership. With this decision, the president has taken the first step toward fixing 30 years of bad trade policies that have cost working Americans millions of good-paying jobs.

“The Teamsters Union has been on the frontline of the fight to stop destructive trade deals like the TPP, China PNTR, CAFTA and NAFTA for decades. Millions of working men and women saw their jobs leave the country as free trade policies undermined our manufacturing industry. We hope that President Trump’s meeting with Canadian Prime Minister Justin Trudeau and Mexican President Enrique Peña Nieto on Jan. 31 opens a real dialogue about fixing the flawed NAFTA.

“We take this development as a positive sign that President Trump will continue to fulfill his campaign promises in regard to trade policy reform and instruct the USTR to negotiate future agreements that protect American workers and industry.”

And with that statement, pundit attention will closely follow the Trump-Trumka relationship which promises to be one of the more interesting in US politics over the next few years. As Axios points out, “Trump and top advisers like Steve Bannon see an opportunity to destroy traditional political alliances. Their theory worked in the election: They peeled white working class voters (and many union households) away from the Democrats. Now, they believe that delivering major items for this constituency — watch also for a confrontation with Big Pharma — could further wreck the Democrats’ hold on organized labor.”