In a move that is certain to prompt more allegations that Wikileaks is part of a counter-establishment push, one ostensibly supported by Russia, on Monday morning Wikileaks dumped more than 21,000 “verified” emails associated with the French presidential campaign of Emmanuel Macron. Julian Assange’s organisation claims the batch of  21,075 emails, dating from March 2009 to April 2017, have been uniquely verified through its DKIM system.

As a reminder, in the days before the May 7 French presidential election, Macron’s campaign confirmed it was hit with a “massive, coordinated” hack which released 9 gigabytes of personal documents.

The French electoral commission immediately prohibited the French media from publishing the contents of the leak, and while speculation quickly emerged that Russia was involved in this hacking, France later confirmed there were “no traces of Russian hackers in the Macron cyber attack.”  The head of the French government’s cyber security agency, Guillaume Poupard, told AP  the hack was “so generic and simple that it could have been practically anyone.”

Ironically, less than two months later, with Macron’s approval rating suddenly in freefall, the Russian hacking story re-emrged, when Reuters reported that Russia tried to use an “elaborate Facebook hacking scheme” on the French presidential campaign. It is unclear if the French population will shift their anger away from Macron and to the default scapefoat Russia, helping Macron’s sudden slide in popularity.

To be sure, the Macron hacking story is about to get its second wind when according to Wikileaks statement, there is now a full archive of 71,848 emails with 26,506 attachments from 4,493 unique senders is provided for context. Wikileaks stated that while only the 21,075 emails marked with its green “DKIM verified” banner are certified by WikiLeaks as genuine, it believes “based on statistical sampling” that the “overwhelming majority” of the remainder are also authentic. 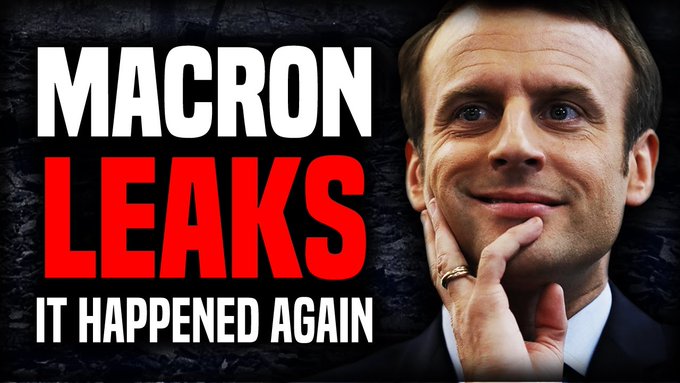 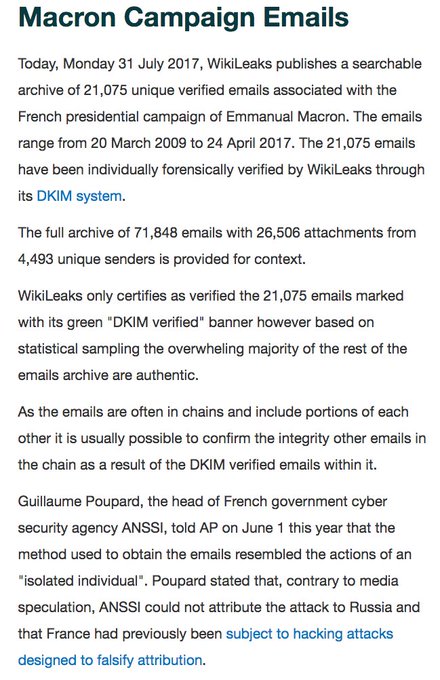 “As the emails are often in chains and include portions of each other, it is usually possible to confirm the integrity [of] other emails in the chain as a result of the DKIM verified emails within it,” the statement reads. 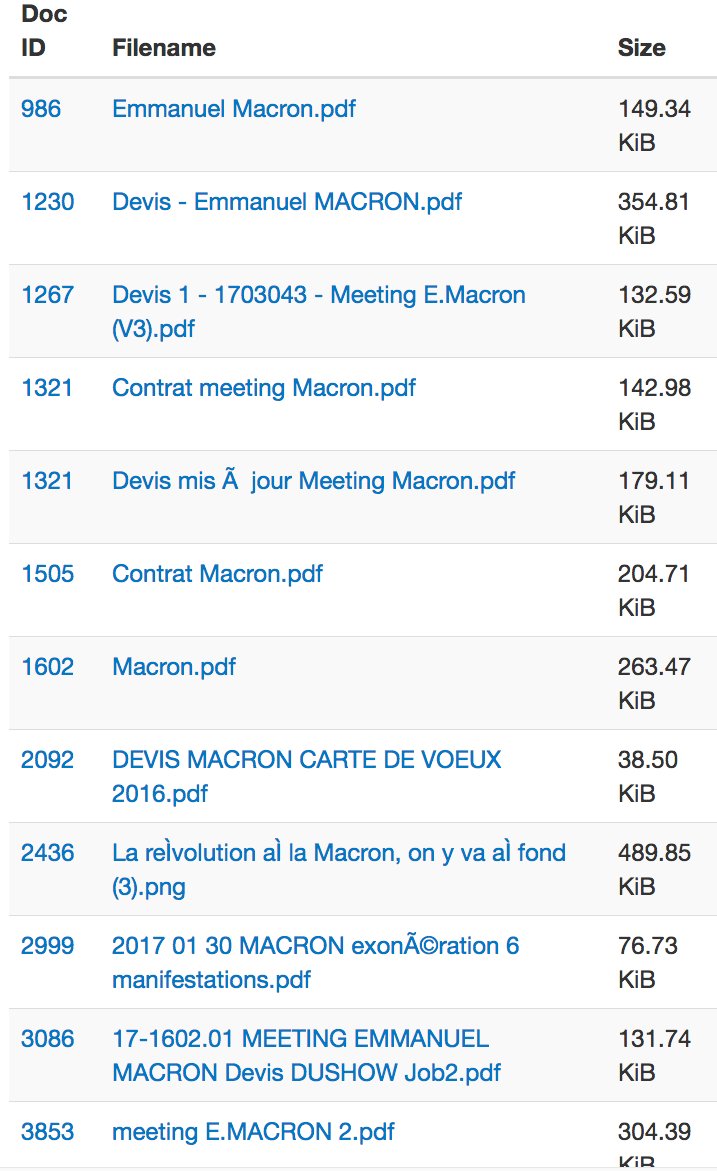 Curiously, unlike in the US, the initial May hack did not have an adverse impact on Macron’s presidential chances – unlike in the US, where Hillary Clinton has repeatedly blamed “Russian interference” as the main reason for her loss – when the youngest ever French president defeated his opponent Marine Le Pen in a landslide. Should he have lost, the outcome would likely have been different.

A Ifop poll released on Sunday showed that the approval rating of France’s new President Emmanuel Macron tumbled by 10 points, hitting 54% in his third month in office, as voters were “either confused by plans for the tax system, shocked by a dispute with the head of the army or unsettled by upcoming labor laws reform”, according to Journal dy Dimanche.

According to Bloomberg calculations, the 10 point slump for Macron, elected in early May, was the second-biggest decline for a French president so soon after election. Jacques Chirac dropped 15 points from his May 1995 election to July, the Paris-based pollster said. The survey for JDD was conducted by phone and online July 17-22 among 1,947 respondents. 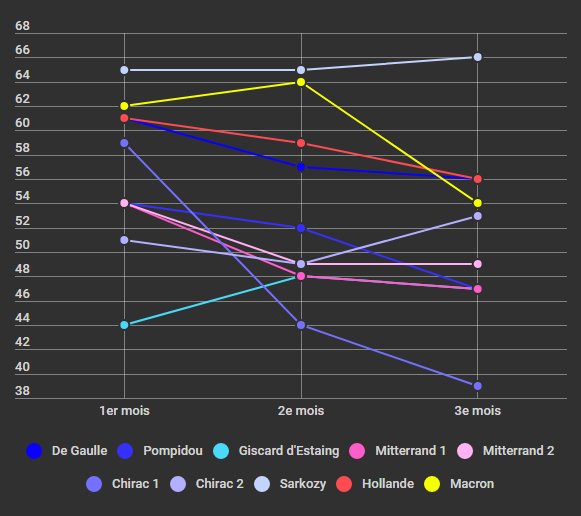 While Macron made a strong start on the world stage and won a solid majority in parliament, dark clouds have emerged in recent weeks, especially after he was widely criticized by opponents and the press as heavy-handed after a row over budget cuts that ended with the resignation of a highly-regarded military chief, who infamous told a parliamentary committee “I won’t let myself be fucked“ before he resigned.

As The Local.fe reports, France’s youngest-ever president, who has sought to project an image of authority since taking office in May, made clear during the row with the military boss that he would brook no insubordination as commander-in-chief. The leftist Liberation newspaper said Macron’s “little authoritarian fit” could be a sign he was drunk on power and said it was time for him “to grow up a bit”.

The 39-year-old leader has also backed a controversial bill to toughen France’s security laws that includes measures some rights groups have branded as draconian. His majority in parliament has drawn concern, with opponents and several newspapers expressing concern over the concentration of power in the presidency.

Despite the steep drop, Macron’s rating is still quite high, especially compared with his predecessors. In September 1981, Francois Mitterand had 48% approval, Francois Holland could boast 56 percent in July 2012, and only Nicolas Sarkozy scored much better in July 2007, with 66 percent.

“Macron’s entry in the atmosphere is brutal, he’s facing the brunt of several sectors in society,” Jerome Fourquet, the head of Ifop opinion polls, told Journal du Dimanche quoted by Bloomberg. Fourquet said a tax increase that will hit retirees, new measures that that will curtail civil servants’ advantages and his demonstrations of “authoritarian style” in some cases were among reasons cited by those surveyed. “Some of those polled were openly criticizing a presidency based on communication,” he added.

There is hope the recent plunge won’t continue, as the French leader’s agenda this week could help him move on from the domestic troubles. His first event Monday is a conference call with Germany’s Angela Merkel, Russia’s Vladimir Putin and Ukraine’s Petro Poroshenko to discuss the crisis in Ukraine. Later in the day, he’ll meet with scientists fighting the AIDS virus and he’ll finish his day with Bono, the U2 singer and co-founder of the ONE non-governmental organization.

His best chance to shine will come Wednesday at 5 p.m. when he has a meeting scheduled with the pop singer Rihanna at the Elysee presidential palace, according to his official agenda.